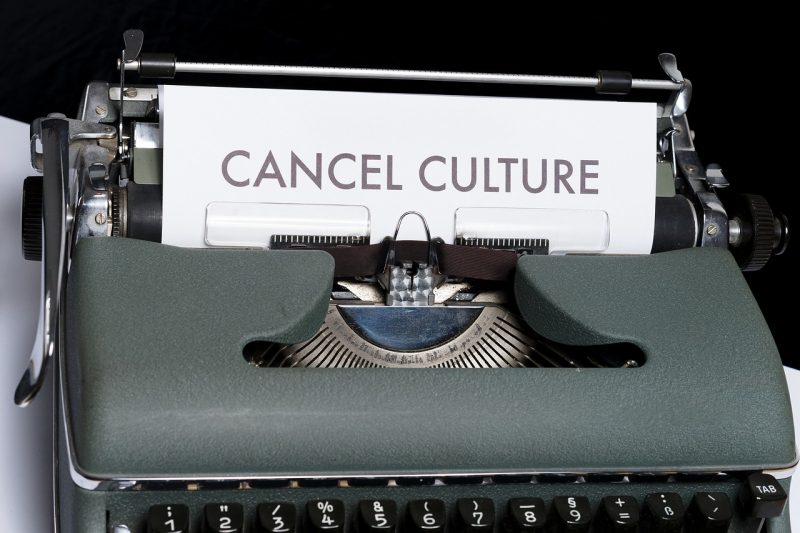 Ozford understands that a lot of information is delivered to us via social media and television with terms and concepts that are often vague, confusing, and sometimes factually incorrect.

One such term that has come to the fore is ‘cancel culture’, which occasionally appears in the media. The use of the term, more often than not, comes with negative connotations.

Despite it being only a recent addition to the lexicon, the media has seen it circle the globe, appearing alongside moments-in-time such as the #MeToo movement, Black Lives Matter protests and ‘woke’ politics (1.1).

According to The Centre for Independent Studies, ‘cancel culture’, or otherwise known as ‘call-out culture’, is the increasing practice of withdrawing support for public figures and companies after they have done or said something opponents disagree with” (1).

A recent example of this brought to light in the Sydney inner suburb of Paddington was in 2020, when The Captain Cook Hotel changed its name to The Captain Paddington. Sky News’ Presenter Rowan Dean expressed outrage on Radio 2GB, calling it ‘political correctness gone mad” and “cancel culture at its roots” (2).

But what was Mr. Dean’s issue with the Hotel changing its name?

This Hotel was named after the English Explorer Captain James Cook, who led the first fleet of English colonialists into Sydney’s Botany Bay in 1788, soon claiming the land as English territory. First Nations Peoples of Australia continue to highlight the atrocities that ensued from Captain Cook’s occupation. The date of Captain Cook’s landing in Sydney is still, to this day, a day of mourning for the Aboriginal and Torres Strait Islander communities. This notion has been embraced by non-indigenous communities too.

Mr. Dean’s remarks have possibly stemmed from an ‘us and them’ mentality, and as counter-inclusive, as this seems, there are many people who subscribe to it. Some regard the disdain for Captain Cook as a modern form of historical exclusion, an impasse on freedom of speech and Australian tradition and tout such terms as cancel-culture to attempt to underpin their often feeble arguments.

With regard to Captain Cook Hotel, as it turns out, the reason for the name change was merely to refresh the look of the Hotel (3). Mr. Dean and Fox News certainly had egg on their faces after not checking their facts.

A further example of what some may consider ‘cancel culture’ could be seen in the cartoon series The Simpsons where, one of the characters, Apu, supposedly from West Bengal in Indian, was called out for peddling negative racial stereotypes of Indian Americans.

The debate led the voice-over artist Hank Azaria to stop playing the character as he later conceded to the widespread criticism about the negative depictions he was portraying. This resulted in the character being removed entirely.

Many people felt that this wasn’t justified but on the other hand, a larger proportion of people thought that this was a necessary addendum to wipe away archaic stereotypes and a means to enrich inclusivity.

American author Lionel Shriver summed up ‘cancel culture’ well by saying that, as we all live together on the same planet, we all effect each other in some way or another, “Better that we all conduct our work and social lives in a spirit of sharing, generosity, exploration, curiosity, experimentation, and even willingness to fail in our sincere efforts to understand one another (4)”.

Ozford is committed to ensuring that all students are given the best information possible and in addition, we continue to promote equality and acceptance.