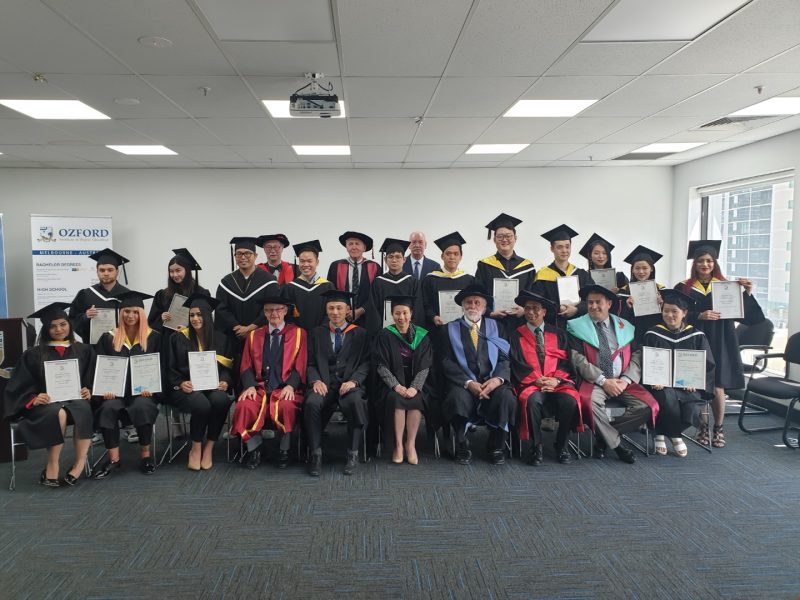 On Thursday 12th December, family and friends gathered at Ozford to celebrate the graduation of Higher Ed students who successfully completed their degrees.

15 students were presented their degree certificates by Ozford’s Academic Dean, Professor Sheikh Rahman. As well as receiving their Bachelor of Business and Bachelor of Accounting degrees, awards were given to students who showed dedication and hard work over the last three years.

Academic of Excellence award was given to Rachael Alyson Knapp, from America, and Yuk Yin Chan, from China, was presented with a Student Leadership award.

Congratulations to Ozford Graduates, class of 2019. Ozford wishes you all the best for the future.