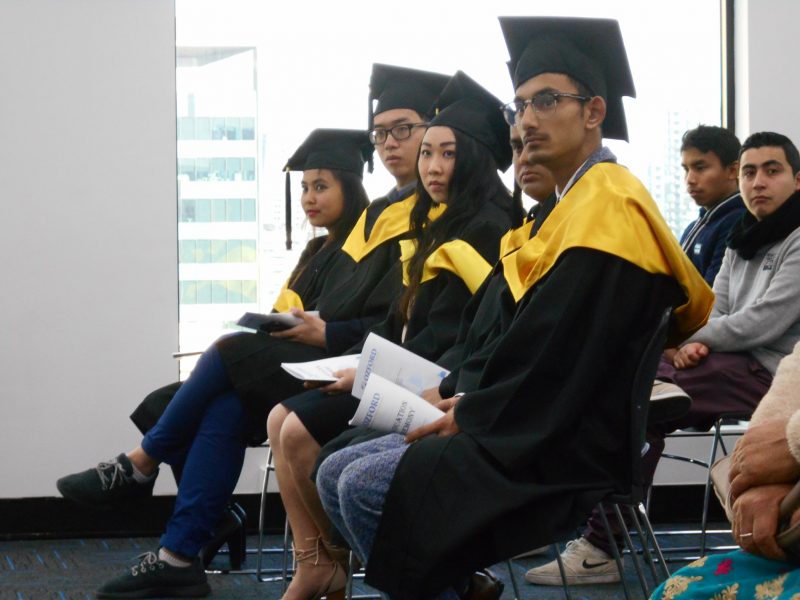 On the 2nd of August 2018, Ozford Institute of Higher Education (OIHE) celebrated its first graduation event on campus. Attendees at the ceremony included the graduates, their family and friends, academic and professional staff from the Institute, distinguished guests and respected members of the Governing and Academic Boards.

The ceremony started with the official opening by Chair of the Governing Board, Emeritus Professor John Rickard. Emeritus Professor Greg O’Brien was in attendance and delivered the Occasional Address, congratulating the graduates on this important milestone.

During the ceremony the graduates were presented their degrees by the Head of Department, Dr Peter Ngigi. Dressed in academic gown, graduates walked to the stage elegantly and received their degrees from the Chair of the Governing Board. This was a moment they had all been waiting for. Their success was shared by family and friends.

The Institute proudly congratulates the graduates on their academic achievement and wish all our graduates tremendous success in their future endeavours!