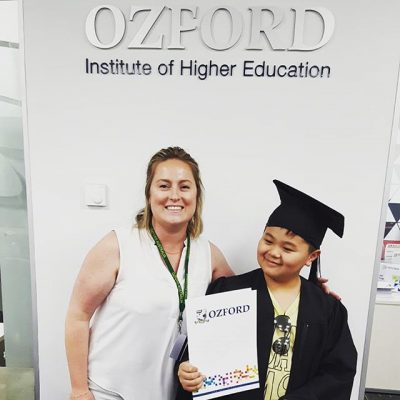 When Ken first arrived at Ozford on 26th August, he was placed into a Beginner class because of his English ability. After 4 weeks of study, Ken was promoted to an Intermediate class, studying with older and more able students.

“My English has improved a lot since studying at Ozford. At the start, I was placed in a beginner class because I had low English skills. When my English started to improve, I moved up to the higher class. This was a good challenge for me because I had to speak English a lot more”.