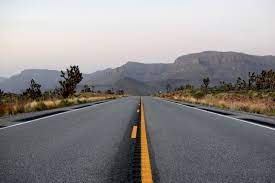 The staff at Ozford are often on the road, driving from place to place, and we all have distinct memories of the dreaded driving test!

However, student Julie* took her drivers licence test to the next level of test day jitters.

Julie was an international student studying in Melbourne.

Julie had already failed her driving test 5 times before, once in her home country and four times in Melbourne.

Her distinct lack of driving prowess didn’t sway her from a succession of driver’s licence test attempts however, the cost of lessons and tests began to impact on her bank account, but not only that, Julie had booked an international trip where a driver’s licence was essential.

On the day of the driving test, it was a rainy morning. Her car, that she would be doing the test in, was old, rusty and any time it rained, it leaked onto the seats. Passengers would have to sit on towels making any drive in the rain, was most unpleasant.

On the day of the test, her and her partner drove through the rain from the south eastern suburbs of Melbourne, they entered the Carlton VicRoads carpark only to have a fellow motorist toot their horn, flash their lights and shout out their window, “This car park is for VicRoads only! Move on. Move on!” Julie was incensed and continued this admonition with her brand of rude hand gestures and expletives. As with most cases of road rage, it’s normally forgotten about soon after the incident, however, this would come back and bite Julie on the backside because, it was soon revealed that, the motorist who initiated the argument, the one who told her to ‘move on’, was in fact her official Drivers Test Assessor.

As the realisation set in, Julie was speechless. She was going for her sixth driving test and here she is , staring in the face of her tester who she had just abused only moments before.

“Could this be driving test fail number six, all because of my bad temper?” Julie thought to herself.

But the VicRoads Tester must have sensed Julie’s embarrassment and consternation and said, “I am only going to judge you on your driving and not your character.”

Surprisingly, Julie was successful in getting her licence! She had also learned a valuable lesson about keeping her cool on the road because you just never know who that person might be.

If you’re going for your licence, all of us at Ozford wish you the best of luck and hope that you drive safe and keep your cool on the road.