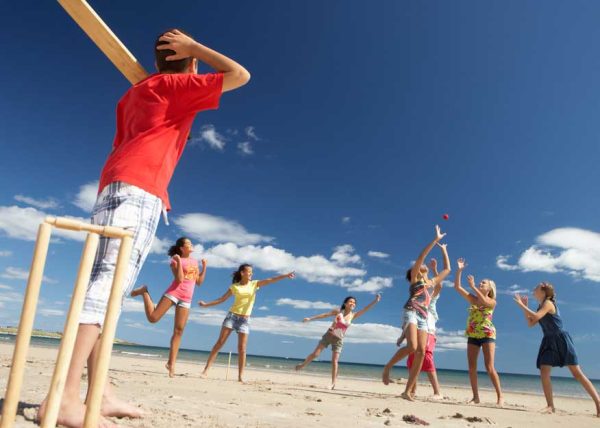 Summer is here and it’s the perfect time to gather your friends and try out some new sports. If you’re not a fan of highly competitive sports, social team sports are a great way to stay active and have fun at the same time. With most social competitions allowing you to form teams with friends, you can enjoy playing without the pressure of facing off against seasoned athletes.

At Ozford High School, we recommend checking out the following social sports to round up the squad for this summer:

This is a modified version of Australian Rules Football, played on a smaller field with only 9 players per team. One of the best things about it is that there’s no tackling, so you don’t have to worry about getting tackled by larger players.

This sport is a combination of netball and gridiron. The goal is to catch the frisbee in the end zone without moving while holding it. It’s gaining popularity in Australia, so you should be able to find a competition nearby.

Field hockey is a great summer sport and an organization called Social Hockey has created variations of the sport that are perfect for beginners. They have hockey sixes, which is a six-a-side adaptation of the sport and JBall, which uses lighter sticks and balls to make the game easier to learn.

Flag gridiron is similar to American football and it’s a great option for those who want to try something different. The rules are the same as gridiron, but instead of tackling, players try to rip off velcro tags from their opponent’s hips.

Indoor netball is a popular choice and you can find actionball competitions in most local areas. Some indoor sports centers also run a netball/basketball hybrid called ‘action ball’ which allows you to score 2-pointers if you shoot from outside the circle.

All these sports have the option to play in mixed teams, making them perfect for a squad with a mix of genders and non-binary players. Start by searching for competitions nearby to find the perfect social sport for your squad this summer.