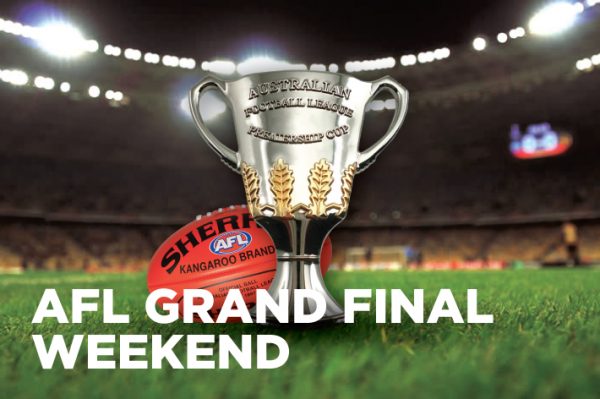 It’s this time of the year again… FOOOOTY Grand Final is just around the corner! We are excited in the team here to find out whether our predictions from the post on the 24th of June are accurate or not. We hope your team is successful this year, and we are definitely looking forward to all celebrating afterward, around a good barbecue!

This week’s games will determine what teams will compete for the title on Saturday 24th of September. This Friday 16th, and Saturday 27th, respectively Geelong Cats, Brisbane Lions, and Sydney Swans, Collingwood will be facing each other for their spot. While Sportsbet favors a Geelong Cats vs. Sydney Swans final, the outcome is yet to be settled… Place your bets, but responsibly!

While we have recently seen the Geelong Cats as runners-up in 2020, Collingwood in 2018, and Sydney Swans in 2016, it has definitely been a while since we have last seen the Brisbane Lions in either premier or runner-up position. Among these four clubs, the last ones to have won a Grand Final are Sydney Swans in 2012 and Collingwood in 2010. We can already tell that all four of these clubs will be extremely eager to reiterate their past exploits and add one more trophy to their shelves!

For the first time since 2019, the Grand Final is retaking place in the MCG. After two years during which the event was forced interstate, fans can now return to their beloved rituals since the event was purposefully brought back to its traditional grounds, the Melbourne Crikey Grounds, and its usual start time of 2:30 PM AEST. The stadium will welcome an eager 100,000 spectators to watch the ultimate game of the season, and it most definitely is not an event you’d want to miss!

Come and join us for the next two weeks and let’s all celebrate, scream for our teams, share a celebratory or consolation barbecue and drink, and may the best team win!

PS: Drinks on the losing team.