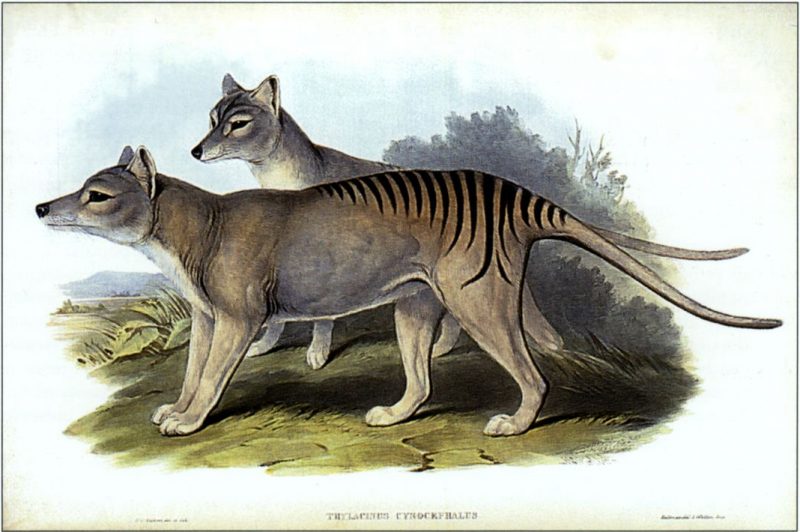 So, you’re a crocodile, and it’s circa 66 million years BC, you see a bright flash streak across the sky headed for the region now known as Yucatan in Central America, you hear an all-mighty rumble under your spiny feet and look up to see the horizon head toward you at a fantastic speed. You scurry into your muddy water-cave and hide out with your newborns, living off the cadavers of your former neighbours. When you eventually come to the surface after what seems like an eternity, you’re presented with a barren landscape, only merely resembling the place that you once called home. You’ve just lived through the Cretaceous–Tertiary extinction, where three-quarters of Earth’s inhabitants have perished.

Besides the first known extinction, in more modern times, we’ve witnessed the demise of the flightless bird known as the dodo, the thylacine, otherwise known as the Tasmanian tiger, Baiji White Dolphin and the West African Black Rhinoceros. Unlike the animals of the Cretaceous mass extinction, all of these animals died because of human intervention. They were either, too slow, too pretty as a necklace, in inconvenience to farm animals or just too tasty! But luckily, we’ve learnt our lesson as humans and we won’t let our precious animals go extinct again! Well, at least that’s what we tell ourselves because it would seem that we most definitely haven’t heeded the errors of the past because, many animals are still at risk of extinction.

The list of species that are critically endangered, endangered or vulnerable, according to the World Wildlife Fund is staggering and it’s no wonder why movements like the Extinction Rebel have come to prominence.

The Ozford campus in Melbourne resides only a short distance from some of the most pristine wilderness environments, home to some incredible animals like koalas, lyrebirds, platypi and many more.

To keep these animals safe from extinction, we all need to do our part through first;

At Ozford, we hope to share the precious wilderness and work together to reduce the risk of further animal extinction.