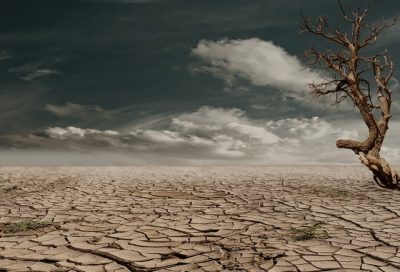 Ozford resides in the temperate city of Melbourne but summertime temperatures can get hot… sometimes in the mid 40 degrees Celsius!

Regardless of what the shock-jocks say, this world is heating up! Sure, the Earth’s temperature over time will ebb and flow due to volcanic activity, solar fluctuations, and variations in the Earth’s tilt and orbit, which caused events like the ice age. However, the Anthropocene epoch, or, the time the humans have been on the Earth, has impacted on climate in ways, so significant, that the natural warming and cooling of the Earth will likely evade us and the planet will continue to sizzle (1).

It’s short-sighted to think that increase in temperate will mean more days down at the beach because, well, that beach may not be there for long as the polar ice caps melt and the ocean laps up against the doors of houses in coastal towns. The Torre Strait archipelago is an example of some of the most vulnerable locations in the world and some communities have had to relocate entirely (2).

According to CSIRO modelling, Greenhouse gases will add to the changes in Earth’s temperature and create conditions that will raise sea levels and cause droughts that can lead to catastrophic wildfires (3).

But it’s not all doom and gloom because, we have agency to reduce these ill effects.

It’s no surprise to learn that inefficient gas-guzzling vehicles will add to the greenhouse effect but, what was recently brought to the fore was how food waste is further adding to emissions through methane, as posited by ABC’s series War On Waste (4), which if you haven’t seen it, you must! (Link here).

At Ozford, we also endorse methods to reduce greenhouse emissions that lead to global warming. Some ways that we can do our part, is by utilising solar power, such as cars, lights and heating. Although it is currently quite expensive to implement and maintain, it is predicted to become cheaper (5). In addition to solar power, is wind power, which contributes to 7.1% of Australia’s entire energy output (6). AGL is an energy provider who have their own wind farms and advocate renewable energy including hydroelectric as well.

At Ozford, it’s our hope that we can work together to reduce global warming by reducing emissions. We understand that an individual makes up a very small part of our society but, if we all do our part, we can make a difference and if anything, we’ll reside in a cleaner city.