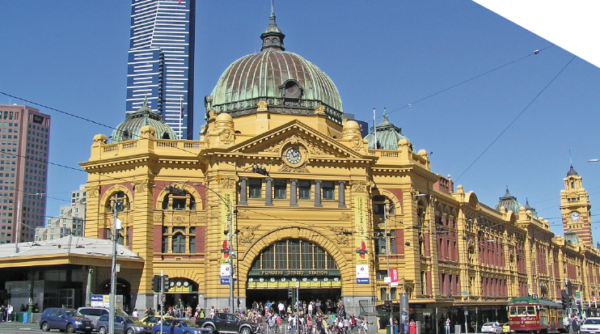 Victoria is gearing up to welcome international students back after the covid-19pandemic and
this news has emerged hope for the students who were stuck in their countries after Australia
decided to close their borders amid the pandemic. International students, who make up more than
a quarter of the population of Melbourne have largely been unable to enter the city due to the
closed borders. The covid-19 pandemic was first detected in Melbourne in March and had largely
been contained within the city. But, now that Victoria has 0 Covid cases and is now
permitted from red zone to orange zone for the border permission, the news broke out yesterday
about Victoria’s plan to reconsider the opening of borders by applying the safety measures and
allowing the students to enter the country only after being properly quarantined, as said by
Victoria’s acting Premier James Merlino, who has proposed the plans to open borders to the
prime minister Scott Morrison where the universities and other officials have also approved the
proposal. They are reconsidering opening the border on May 24 if it goes as per the plan.

Why opening borders can be beneficial for both the country and international
students?
It’s not just a group of students that will be affected by the city’s reopening. Melbourne, the state
capital of Victoria is very dependent on international students to fund the school system, and
almost the country is dependent on the foreign students which is a large part of their economy.
The students bring foreign cash into the country. Victoria has an International Student Program
that brings in foreign students who come to study at various universities. The program is
supervised by the Australian government and directly supports the university system. As it has
been more than a year since, the borders of Australia have been closed and many of those
students have now started to search an alternative country for their higher studies which may
make a horrible blow to the state and Australian economy. So, if the borders are not open on
time, Australia may lose many of the students that may want to proceed their career here. .
Hence, the state government of Victoria has rushed to better the matter and if Victoria’s proposal
of borders opening is to be considered on time, a large number of students from Nepal, Vietnam,
China and India prefers Australia than that of other countries. Australia has provided
international students with dignity and equality as they forever feel welcomed in Australia. After
the borders opening, as the Australian universities are providing students with scholarships and
fee waivers, there are many international students taking online classes even after their visa
approval will move to Australia and who vastly contribute to the economy of the country. These
have benefitted both the country as well as the international students who are provided with
better education, high living standards as well as better knowledge and job opportunities whereas
in return they have helped the country to contribute to their economy.

Quarantine and travel arrangements
As the pandemic is still not completely at rest and there must be safety measures applied if the
plan is to open the borders. So, as per the plan, chartered flights will be provided and thousands
of quarantined hotels are going to be allotted that may take around $3000 for the quarantine fee.
There is going to be a travel arrangement, which will be given to the international passengers and
they are also planning to provide for chartered flights if necessary. However, there will be a tight
monitoring on the movement of the students. The Australian government will also provide
necessary medications to assess the situation of the virus and check if the patients have been
contacted and the patients will be properly monitored if any cases are traced.
Conclusion
The government of Australia is taking big steps in stopping the spread of the pandemic and doing
great preventing it from continuing to spread. Currently, the country is working together to get
back on its feet amid the pandemic. In addition to returning students, many international
companies and people from overseas are being denied entry. As far they are doing great thus
planning to welcome their international students with all the necessary precautions to be applied
that may require being in quarantine as per the country’s policy.