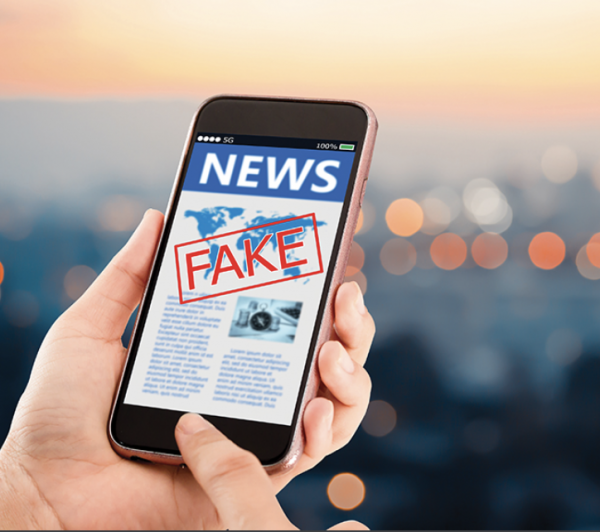 It’s not surprising that the team at Ozford implore everyone to ask themselves where the source of the news and information is coming from.

There’s been a rise in fake news lately thanks to the ease of access to social media portals, deep fake videos, and a world that is becoming ever more divisive.

If a political candidate wants to slag off an opponent, they can easily do so by paying loads of money to hungry media outlets who will not only make the opponent look bad by using black and white images with their face on it, with the addition of blood coloured writing that says ‘Shame’ or ‘Dictator’ for example, but they are able to target the audience with laser guided precision. If they want the swing voters to conform to an agenda, all they have to do is use metadata to send their message far and wide. And they can even turn them into a cartoon canary through deep fake videos.

Likewise, subliminal advertisements have been seen in TV and film dating back to the 1950s where, mid action scene, a frame saying ‘eat more popcorn’ and ‘drink Coca-Cola’ were inserted into the frame, not long enough for the human eye to perceive but, arguably, enough time for the mind to feel hungry… or thirsty  (1). P.s., Note from the author, please don’t go don’t down to the shops to buy cola… lol!

Some other news that should be brought into question, is anything relating to COVID-19 vaccinations. There have been theories flying around like, will it make my children autistic, will it be damaging to my health or is it all a big hoax. Recently, epidemiologist Robert Malone, who had worked for Pfizer in the past, posted on social media about the dangers of the vaccination however, if one digs deep, this gentleman is seemingly disgruntled with Pfizer for personal reasons and decided to get his own back (2). The avalanche of incorrect or misleading claims spread across the world and many, still to this day, regard his statements as factual.

Philosophers have been trying to grapple with the concept of what’s is real and what is not for hundreds if not thousands of years. René Descartes in 1641 asked this question stating that, all things are only a construction of our thoughts rather than the thing that it is (3).

Short of diving too deep into Cartesian philosophy, all we ask at Ozford it to consider;