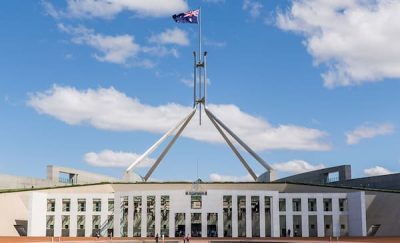 Remember when Halloween was the scariest night of there year? Well now its Election Night and its coming up on us sooner than we realise. The Ozford Campus is alive with talks on the upcoming bout with an abundance of heated, yet healthy, debate echoing through the hallways.

I want to prefix this blog by giving a word of warning, I’m not here to tell you who you should be voting for, much like 90% of the media these days, I am terribly biased and I have an agenda. It’s an unfortunate paradox these days in which those who don’t read the news are grossly uninformed, and those who do read the news are grossly misinformed. Everybody’s battling it out on Twitter and Facebook throwing their political bias at whatever sticks, and I’m just here on TikTok trying to find the best Focaccia recipe.

With little less than two weeks left, the heavyweight bout between Morrison and Albanese is not unlike two grossly unqualified TikTok streamers slapping it out in a boxing ring (I’m looking at you Jake Paul). With each verbal jab at each other the tension in the room becomes palpable whilst simultaneously carving away at their dignity. Meanwhile the Greens and Independents are sitting in the stands throwing chairs and bottles into the ring thinking they’re contenders for the title. And then there’s poor old Clive Palmer in the corner, shadowboxing on his own and yet still managing to lose…bless him… Ok so I’m getting a little ahead of myself with this analogy but you get my meaning, much like a boxing match, its messy, outdated  and I have no idea who’s winning.

These days it’s different, I’m older, wiser and I realise my money means a lot more than how much I can spend at Revs every weekend. These days I’m looking at properties not only to live in but to invest in, and it’s MY choice in government that effects the viability of this pipe dream of mine. I have spent the majority of my adult life renting rooms in share houses and flats, but as we get older and get closer to the dreaded three zero (I can’t bear to say it out loud) we start to realise our worth more and more, we start to think to ourselves and eventually say out loud “hey, I have a part in this world and I deserve the best for me”. Don’t get me wrong, share houses are the staple diet of the 20 something Uni student, but there comes a time when you want to come home and someone isn’t passed out on your couch with an empty packet of YOUR Tim Tams on the floor (never forget).

I started this blog with the intention of guiding the reader on who they feel would best represent them and to an extend help them understand who they should vote for based on their future intentions, but it would be irresponsible of me. I mean lets be serious, I could sit here and weigh up the pros and cons of each party and their members, I can say “better the devil you know” or “a change is as good as a holiday”, but the end of the day you’re the voter. This journey is fraught with danger and bias on both sides and whether you like it or not, it’s up to you to take the lead on this one and own your future.

Now that my blog has stirred your political interest, opened your mind to a new cognitive revolution and general made sit up and think “well shit, if I need to take this seriously who should I be voting for?!” If you take anything away from this blog, be it this. Just because your vote doesn’t go the way you want it to or you just because you are indecisive about who you should vote for this time, doesn’t mean you have failed and you should give up. Instead of conceding defeat, from election night onwards PAY ATTENTION!, you are part of the smartest, most intuitive generation to set foot on this planet, your ability to gather, store and harness knowledge exceeds all others. It’s a power, and with it comes the responsibility (see what I did just there) to dedicate the next 4 years listening to both sides of the political aisle, read the room, feel the vibe, learn to differentiate between actual facts rather than Waleed Aly’s bloated self-opinion and form your own opinions on what is best for the future of yourself, your family, your nation and your planet.

Politics, and nation building is a marathon, not a sprint. At Ozford we strive to remind our students that there may be cases in which this generation may not have the foundations to make the best decisions this coming election night, but they have the right skill sets to make the next election a true representation of the future families and leaders of Australia.