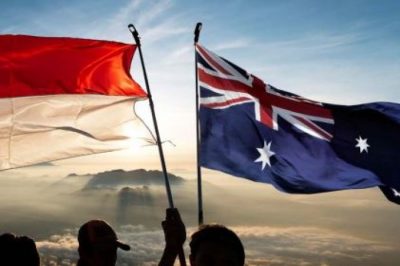 Are you planning on coming to further your studies here with us at Ozford Melbourne? And are you coming from Indonesia?

If the answer is yes then check out what Ozford Melbourne has to say about your move over to Australia!

Firstly, Indonesia is one of Australia’s closest neighbouring countries, so the travel time to get here isn’t usually too bad. For example, the distance from Indonesia’s capital, Jakarta, is around 5,207km which is about a six and a half hour flight to Melbourne!

According to expatistan.com, the cost of living in Melbourne is up to 68% more expensive than in Jakarta. This is taking into consideration factors such as food, housing, clothes, transportation, personal care and entertainment. Generally speaking, most things are more expensive in Australia, particularly when it comes to rent, of which up to 300% more than in Indonesia. A small one-bedroom apartment in Indonesia can cost approximately $300, whereas here in Australia it can be a huge sum of $1,900. These are important factors to take into account before making your move over to Melbourne!

Once you’ve secured your entry with us here at Ozford you need to get health insurance cover and then think about the visa fee. Your visa will last you for five years but will set you back around $660 or IDR 6,000,000.

So what’s different in Melbourne?

Well, currently ranked second in the Economist Intelligence Unit’s 2019 Global Liveability Index, it’s not hard to see why it stands out as a global city. Melbourne has a cohesive and stable society with brilliant healthcare, education and outstanding infrastructure to match, all of which contribute to its excellence and all of which make it a magnificent city in which to work, study and live!

So come and see for yourself why studying here at Ozford Melbourne will be a totally life-changing experience for you. Whether it’s studying your Bachelor of Business, your high school VCE certificate or even improving your English at The Ozford English Language Centre, Ozford Melbourne will help you to achieve all your goals in life. Come and be the happy achiever at Ozford!