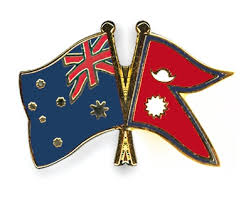 Nepal is known as the country for being home of the impressive Himalaya mountain ranges and Mount Everest. With a population of just under 30 million people, it now accounts for 7% of foreigners studying here in Australia!

Over the past three years, Australia has experienced a huge rise in Nepalese international students, where in October of 2019 52,000 Nepalese students were recorded as studying here. Macrobusiness.com.au expressed this in data gathered from the The Department of Education demonstrating that Nepalese student enrolments had increased by 212% over the past three years, from 21,000 to 65,700 students.

So, with this dramatic increase in Nepalese students coming over to Australia to study, Ozford Melbourne asks, why?

Melbourne is renowned for offering an education like no other, forming the capital of ‘The Education State.’ Not only this, but Melbourne has been voted the best student city in Australia and is currently number 3 in the world, offering quality and spectacular education like no other. Melbourne as a city offers a fantastic standard of living with its amazing healthcare systems, public transport and even its vast range of open and outdoor spaces. It is no wonder why so many students want to come and experience studying here for themselves.